FREE EBOOKS - The Book Of Formation, Origin Of The Universe and Yours

Illustration of “THE DIVINE SCIENCE” behind “THE CREATION”

Unsealed account of THE GENESIS: the ORIGIN of Life, Order, Patterns, Structure, Organization, and “THE ABSOLUTE FRAME OF REFERENCE” –- “THE FRAME OF REFERENCE OF THE CREATION” -– the ultimate origin of space, time and matter, and all the entities into existence in that which is called the UNIVERSE.

Recall the thing that NOAH had announced to human creatures and who did not believe him? There is a much greater cataclysm that has appeared on the horizon. REMEMBER YOUR OWN PLENITUDE, “HUMAN CREATURE”!!!

The disciples ask CHRIST: “… Tell us, how will our end happen? …”

CHRIST answered: “Have you discovered the beginning so that you are looking for the end? For, where is the beginning, there will be the end. Blessed is he who will stand in the beginning: he will know the end, and he will not taste death.”

“There is in Paradise a TREE under the shadow of which a horseman can walk for a hundred years without ever leaving it.”

RUN AND GO TO THAT “TREE”!!! and you will discover the beginning.

The first set of knowledge concerning “THE DIVINE”, IHVH, our FATHER, was sent to you, human creatures, through the elder ENOCH - the first “Chosen One” who was sent to humanity. Several translated versions of writings of the elder ENOCH are available HERE.

A second set of knowledge, more substantive, was sent to you, human creatures, through CHRIST – The “Chosen One” of the “Chosen Ones” –, “HE WHO” accomplished the project of “REDEMPTION”.

Prior to the release of the content of the “BOOK” which was announced to you through Daniel, the celestial creatures (angels & archangels) have released the chronicles (although incomplete) of: their views and understanding of “THE DIVINE”, IHVH, our FATHER; their understanding of His creation, how they view themselves within that creation, how they view of the human creature; their understanding of the conflict that started between them (celestial creatures) and has been ongoing (using human creatures as proxies) since the first day of creation of this world in which you are living. You can find those chronicles HERE.

Now, in conformity with that which was pronounced through Daniel, “THE DIVINE”, IHVH, our FATHER has sent the third and last set of knowledge about Himself, addressed to every human creature living on this earth and to let every human creature know that which is since the beginning. Nothing else will be sent until that the DECREE for restoring this earthly domain is emitted into existence. It will happen very soon! Not in your present lifetime, but it is there!

Here are the teachings of “THE DIVINE FORCE”, sent to all Her children on Earth.
Here is the road that leads to those 70 (to 72) VIRGINS intended for each of you, in PARADISE!
Here is the KNOWLEDGE that was made commandment (by the celestial creatures) to “ADAM” and “THE FEMALE” not to “EAT”; the KNOWLEDGE for which they were murdered and subsequently all their offspring - the human edifice, humanity - destroyed, and locked up into ignorance and slavery.
Also included are advices sent by the elders of the human edifice:
The elders ENOCH, NOAH, ABRAHAM, MOSES, ELIJAH, MARIE (who bore CHRIST), and CHRIST.

Here is the content of the “BOOK” which was announced to you through Daniel (Daniel 12, Scriptures).

Here are few previews: “In English”, and “En Français”

Get your copy below, it’s FREE!

AMONG THE MANY QUESTIONS ANSWERED:

Everyone should have access to the knowledge sent to humanity through this “BOOK OF FORMATION”, for FREE without censorship, without restrictions and without limitation, regardless of their social status, race or religion. 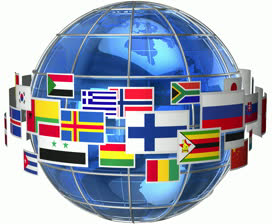 Help us bring “The Book of Formation” into your language and make it available and free for everyone around the world.

We need Volunteers and Language Coordinators to participate occasionally in translations, to check and improve translation already completed by others, using Google Docs for Collaborative Work, and help develop “The Book of Formation” in their language communities.

All warm-hearted translators should be fluently bilingual in both source (English or French) and target languages and knowledgeable in their own target languages. All volunteers will be credited for their contributions, in the final released document.

Keep in mind that we use Google Docs for Collaborative Work, thus you should already create a Google Account if you would like to help with translation in your native language. Once created, please send us an email at bookof.formation@gmail.com

How Do I Open/View “THE BOOK OF FORMATION” On My Android Phone or Tablet? 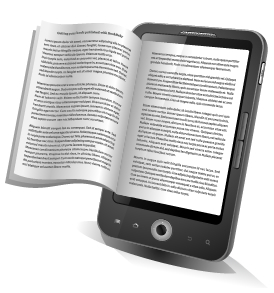 PocketBook for Android is an excellent eReader for PDF files. It features a simple interface that makes reading eBooks relatively simple. It has support for well over a dozen file types, including Adobe DRM files and OPDS. It features text-to-speech which will read the files for you, the ability to add notes to files, and a few viewing modes so you can choose the more comfortable set up. It is not as feature heavy as others, but it is an excellent option if you need something simple. It is also totally free with no in-app purchases.

Tap on the Menu button in the top left and navigate to the folder where “THE BOOK OF FORMATION” PDF file is saved on your Android device and tap on the file.

Would you like us to shed some light on other things written in the holy scriptures of which human creatures have (regardless of your faith and beliefs)? If so, just send us an email directly to: bookof.formation@gmail.com